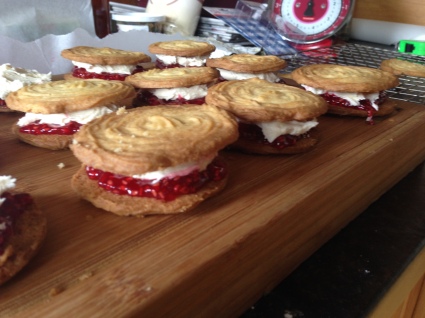 Today I decided to take on the challenge of the Viennese whirls from the GBBO and boy was it a challenge. I found Mary Berry’s recipe fairly quickly online and after a quick stop in town to get the ingredients and an icing bag I was ready to bake. 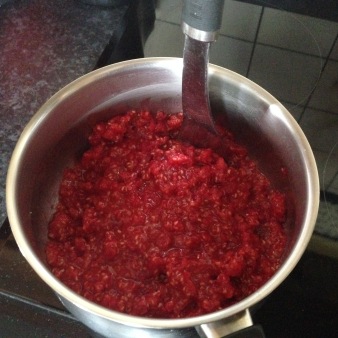 The jam making process was fairly straight forward, I mashed 400g of raspberries in the saucepan and added 500g of jam sugar into the saucepan (I doubled the jam ingredients as I had a good few raspberries to use up). I brought the jam to a boil over a low heat and once the sugar had dissolved I increased the heat and boiled it for another 5 minutes or so. I checked the jam by putting a little bit on a saucer and if it sets fairly quickly it’s done. I spread half of the jam in a shallow container and left it to cool. I put the rest of the jam into a sterilised  jar. 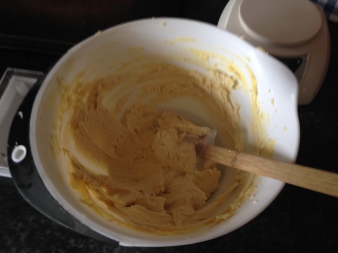 I preheated the oven to 190C. Using a 5cm round cutter I drew 8 spaced out circles on a baking parchment sheet, you could do this with three sheets and place these on three baking sheets, I used an overturned swiss roll tin and put the sheet on top of that. Turn the sheet over so the pencil circles are underneath. I beat 250g of softened unsalted butter with 50g of icing sugar until pale and fluffy, then I sifted in 225g of plain flour, 25g of cornflour and mixed it into the butter mixture until well combined.

This is where the fun began, I very awkwardly tried to spoon the mixture into the icing bag and succeeded in getting the mixture everywhere but the bag. It was only when I went to pipe the swirls did I realise that my medium star nozzle was more like a small star nozzle, which resulted in a much flatter biscuit, but I soldiered on. I popped them into the centre of the oven to bake for 13 minutes, Mary suggests 13-15 minutes, however as mine were thinner I quickly realised they only took about 9 minutes until they were a pale golden brown. I left them on the sheet for a few minutes and then transferred them to a wire rack to completely cool. 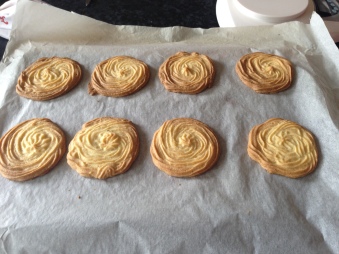 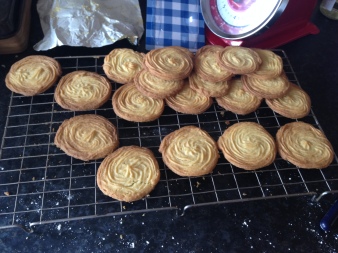 They weren’t a complete disaster but they were quite crumbly, I hoped they would harden more as they cooled. 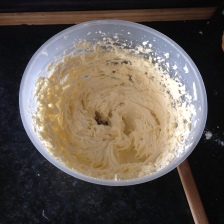 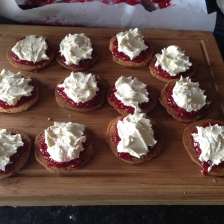 Next step was to make the butter icing, I adjusted Mary’s recipe a little bit. I mixed 100g of butter with 200g of icing sugar until it clumps together, then I add in 1tsp of vanilla extract and a dessertspoon of milk and continue to beat the mixture until it’s light and you can’t taste the sugar, plenty of tasting with this recipe. Mary uses unsalted butter and doesn’t add in any milk. I turned over half of the biscuits and lay them on a board and spread a little jam on each of them, I then topped each one with a little swirl of buttercream and put the remaining biscuits on top. You can also use the icing bag to pipe the icing on but I wasn’t in any rush to reunite myself with the icing bag anytime soon.

So they didn’t look in anyway as professional or neat as Mary Berry’s biscuits, they crumbled in my fingers so I had to eat them with a teaspoon and they are a LOT of work and I’m not exaggerating when I say this, they really are a LOT of work BUT they melt in your mouth and maybe a few months down the line when I have the right star nozzle and this isn’t as fresh in my mind I will try them again with the changes and learn from my mistakes…..maybe.

What would I do differently?

I realised afterwards that I definitely over mixed the butter and icing mixture and this resulted in a very short biscuit. I also would add in 100g less of the jam sugar when making the jam again as I like my raspberry jam with a little bite.