This week was batter week and I had the choice of either baking yorkshire pudding, lacy pancakes or churros. I was caught between pancakes and churros but after my last encounter with churros at a friends hen, where I ate a year’s supply of churros, I decided to opt for the lacy pancakes instead. I went to the local euro shop and bought some ketchup and mustard containers, no icing bags for me anymore and I was ready. 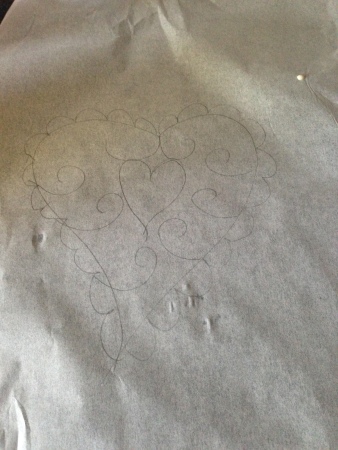 I made up a basic pancake mixture with 125g of plain flour, 25g of sugar, a pinch of salt, 1 egg and 300 ml of milk. I added the flour, sugar and salt into a bowl, made a little dip in the middle and added in the egg and about 100ml of the milk and whisked, I added in a little more milk until I got the consistency I wanted. Then I put my inner Van Gogh into practice, I drew a rough design and then tried drawing that with the pancake mix. Safe to say the first one wasn’t a pretty sight, so I thickened the mixture by whisking in a tablespoon of flour and voila it seemed to have done the trick. 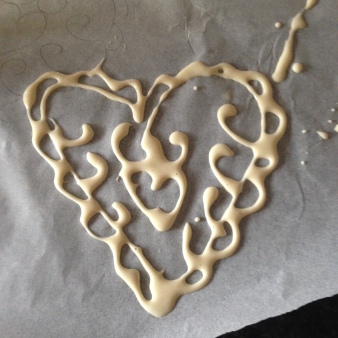 I snipped the top off as it was getting in the way of my amaaaazing artistic swirls and proceeded to the next level…….creating said swirly pancake on a pan. 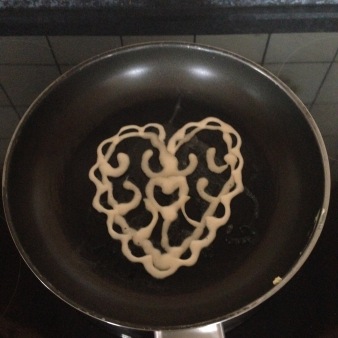 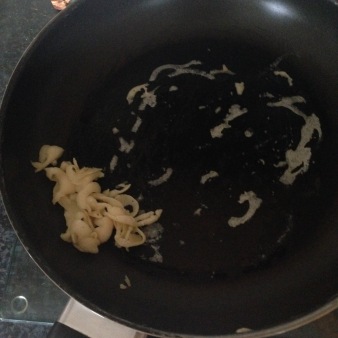 I was feeling pretty smug to begin with, this is soooo easy and so came the flipping part and that soon wiped my smug grin off my face, it was a disaster. So I took  some inspiration from Val in the GBBO and made a cup of tea, swapped the pan for an actual non-stick pan and didn’t add any butter this time and……… 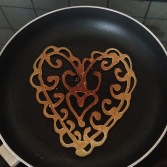 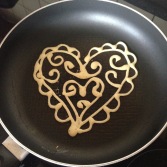 it actually worked. So began 40 minutes of me being a pancake artiste, I did get a little cocky with some designs, but any that failed (broke) I was rewarded with being able to eat them so it was a win win situation all around. For the most part I stuck with the same design, I went a little out of the box once and decided that’s not very lacy looking.

As far as recipes go it was pretty easy, it was probably the least stressful of the GBBO challenges I’ve taken on so far, although I wasn’t under any time pressures and I didn’t have to make 12 uniformly similar lacy pancakes. I quite enjoyed it and I was delighted with my euro shop purchase, definitely something I’ll be using again. The lacy pancakes are very pretty but not exactly the most filling so I’ll be sticking to my usual blueberry pancakes or baked pancake for my Saturday treat instead. 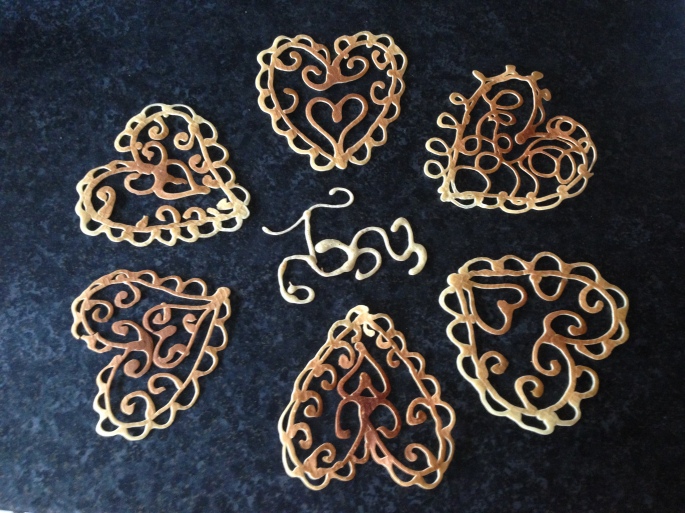