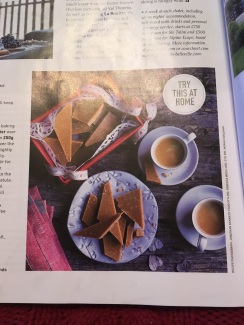 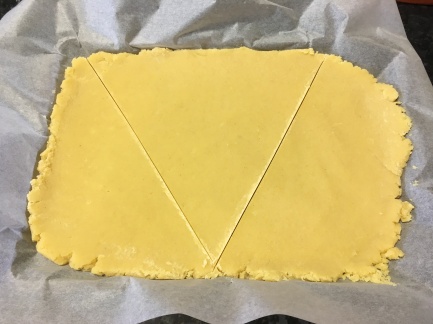 So my aim to bake healthier things was short lived after browsing through the January edition of Delicious today and spotting what I thought was a really easy recipe for something called Savoyard cruche. I had never heard of this before and it looked delicious and really easy to make. So off I went with my cocky self and measured out 250g of butter and placed it in a pan and left it on a low heat as the recipe stated, then when it had melted I added in 250g of plain flour and proceeded to stir it for 10-15 minutes, waiting for it to turn a light brown colour and smell biscuity. I waited another 5 minutes and it still wasn’t turning a brown colour for me, I added in 125g of caster sugar and I wasn’t happy with it so I dumped it.

I went back to the recipe and had a really good read of it, ah I didn’t slowly stir the flour in, maybe that’s where I went wrong, so back I went to make this cruche, I was feeling really determined now. Round 2 went pretty much the same was as round 1, I spread it into a tin and left it to cool, it tasted too floury and I clearly had gone wrong somewhere. Only one cruche recipe popped up on google and a quick translate later I got to learn all about savoyard cruche, it was known as the dessert of the poor. Thankfully no-one was relying on me for this dessert as they’d still be waiting at this stage. The basic roux was where I went wrong, I’d imagine I should have had it at a higher heat, maybe then it would have actually changed colour.

Anyways so I was feeling a bit despondent after failing miserable, twice, at making what I thought was an easy recipe, I won’t make that mistake again, I decided to make a good ole veggie soup. I used quite a selection of veg, 2 potatoes, around 5 shallots and one red onion, garlic, 5 carrots and a turnip. I fried the onions, shallots and garlic in a little oil and a little butter until it softened. Then I put in the rest of the veg and poured in around 1.2L of chicken stock and left it to cook for around 15 minutes until it had softened. 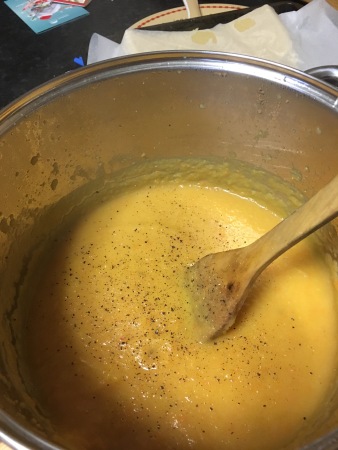 I blitzed it all, added a good bit of salt and pepper and tasted it plenty of times too of course. 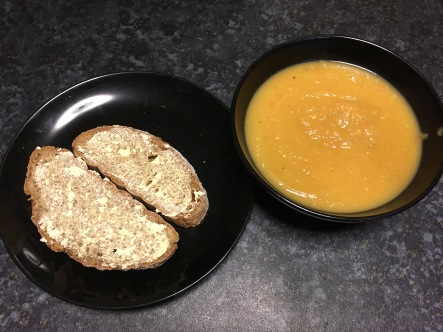 I can always rely on a good vegetable soup to regain my faith in cooking and baking, haha, it’s also the perfect winter warmer too. I might come back to the Savoyard cruche some day……..watch this space.