Most of my friends know how mad I am about coconut, I would eat it in all of my dishes if I could, I even have coconut moisturiser and shampoo, that’s how bad my obsession is, haha. Anyways there’s a reason why I keep harping on about coconut, stick with me. I finally got around to visiting the infamous vegan restaurant The Happy Pear in Greystones yesterday. It was worth the road-trip, there was plenty of choice and my mam and I had some delicious vegan food. 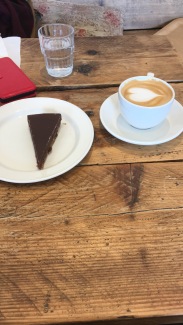 Feeling inspired by the vegan restaurant I decided I’d try a vegan recipe and after some research I found their Bounty bars. My recipe varies a little in that I used a mixture of milk and dark chocolate as I prefer a sweeter chocolate. These were pretty easy, little finicky at the end but worth the effort. I doubled the recipe, they made around 18-20 bars.

I spooned 6 Tbsps of coconut oil into a saucepan along with 8 Tbsps of maple syrup and 2 Tsps of vanilla extract. I placed the pan on a medium heat until the coconut had melted.

I measured out 150g of ground almonds and 400g of dessicated coconut, this is when I realised I didn’t have enough and spent the next 15/20 minutes driving from one shop to another looking for more coconut. I added in a pinch of salt and stirred all the dry ingredients together. 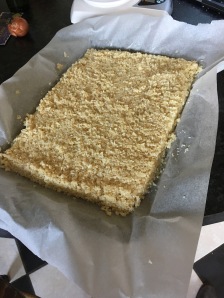 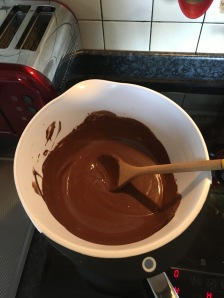 I poured the wet ingredients into the dry ingredients and quickly mixed all the ingredients with two spoons. Next I spooned the mixture into a lined swiss roll tray. I shaped and formed the coconut into a compact rectangle and then popped it into the freezer for 20-30 minutes. I melted 700g of chocolate over a bain marie, you can use just dark chocolate here like the original recipe states. 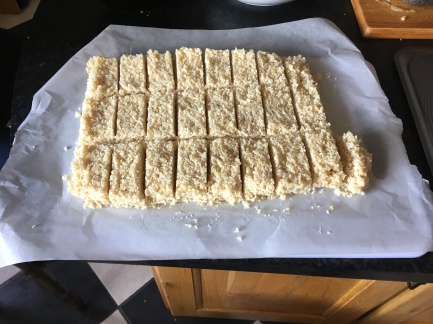 Now came the messier part, I cute the frozen coconut mixture into bar-sized rectangles. I placed a bar onto a knife and drizzled the chocolate all over the bar, making sure to coat all sides. Then using a smaller knife I slid the chocolate covered pieces onto clean parchment paper and left them to set. 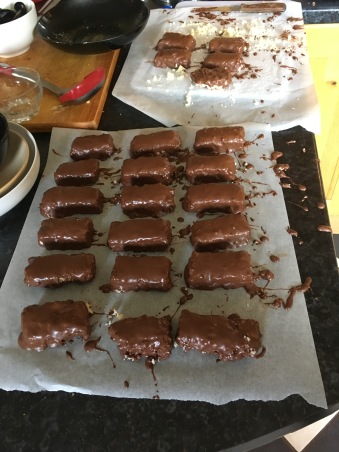 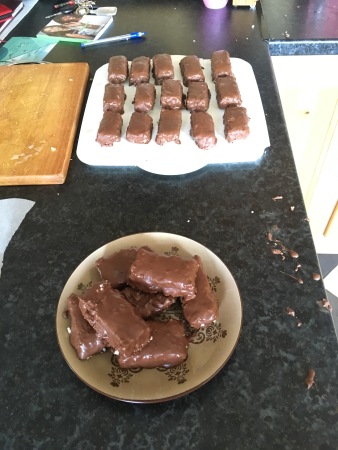 That’s as simple as the recipe is. They don’t take too long to make, the longest bit is coating them in the chocolate and that comes with your fingers being covered in chocolate so it’s not the worst thing really. They’re perfect if you’re looking for a quick treat and they’re quite healthy and boy do they pack a coconut punch so I’m in heaven. 😀